Losing weight, staying committed to your health / wellness goals, practicing healthy habits, or just wanting a healthier life is often difficult for many to achieve. You may feel that you are your own worst enemy, or that outside influences are preventing you from achieving your goals, or that others in your life are interfering. 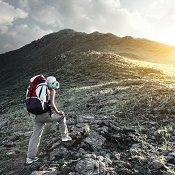 Find out what it is about yourself that makes you powerful and capable. Utilize those areas of your judgment that can give you the greatest boost forward in your health and wellness goals. We often fool ourselves when it comes to self-assessment, but the Pilot Judgment® Assessment cannot be fooled. Identify your best weapons in the fight against your personal problems, and then put them to use in the best possible way.

(Names have been changed to protect confidentiality)

Problem: Unable to lose weight
Self-Analysis Prior to Assessment: Cannot stick to a plan, trouble staying on task
Actual Assessment Results: Difficulty making herself a priority, allowing others to dominate her day

Sofia was frustrated because she had tried many, many weight loss and fitness programs, and had never stuck with any of them. Many of her friends had recommended the latest book or guru on TV or trend, and she might start them, but she always quit. None of them worked. She felt hopeless, that she would never be able to stick to a weight loss plan. She tried the kind that tells you exactly what to eat for every meal for every day down to the tiniest detail. She tried the kind that requires charts and graphs and daily plotting of your food choices, and many other plans that seem like any idiot could follow. Yet, inevitably, at some point she reached frustration and gave up.

Then Sofia joins Pilot Judgment®, hoping to identify why she is struggling so much with something that means so much to her. She scores very highly in Tolerance, Compassion, Following Directions, and her Tactical Judgment. This is a little bit of a puzzle to her, as she had been blaming her failures on not following the plans and the directions that had been laid out for her in the various diet systems.

Looking at her other scores, she sees that she scores poorly in Understanding Priorities, Assertiveness, and Self-Regard. After examining those items, the answers become clear to her. Even though losing weight was important to her, she had trouble prioritizing, and she was allowing other things in her life to take over and push her weight loss tasks aside. Her lack of Assertiveness was causing her to give in to demands from other people at home and work that were counterproductive to her goals. Her low Self-Regard, and her extreme compassion for others, was causing her to undermine her own wants and needs in order to sacrifice for others, whether or not it was appreciated.

Upon reading her analyses, it all made sense to her. She had never considered this, because it had never been made clear to her in an objective way. She had always blamed herself and felt that somehow she was not trying hard enough or lacked the mental concentration to stick to a plan. So, she kept trying more and more plans, setting herself up for failure every time, because she was not handling her very real problems. Prior to joining Pilot Judgment®, she would have described herself as scatterbrained and unfocused, which was far from the truth. The Assessment showed her that she needed to take herself more seriously, make her needs more of a priority, and make decisions for herself, instead of allowing others to define her time. Sofia has lost the weight, kept it off, and has never been happier.