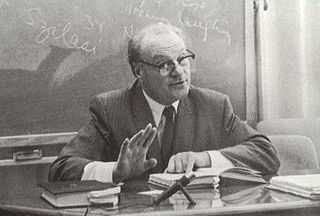 Reprinted with permission of the Robert S. Hartman Institute

Robert S. Hartman, Research Professor of Philosophy at the University of Tennessee and the National University of Mexico, died on September 20, 1973.  He was buried near his home in Cuernavaca, Mexico.

He was born in Berlin on January 27, 1910.  He attended the German College of Political Science, the University of Paris, the London School of Economics, and Berlin University, where he received the LL.B. in 1932.  For a brief period, he taught at Berlin University and served as an assistant district court judge.

As a schoolboy in the Germany of the Kaiser Wilhelm II, he was required at his gymnasium each day to repeat the loyalty oath: “I was born to die for Germany.”  He became convinced that this oath was false.  He believed in the infinite value of a human life, and that the state has a moral obligation to keep violent hands off that life.  War, he thought, is madness.  His rejection of all violent creeds, whether of Communism, Nazism, or Fascism, which he expressed in speeches and articles, brought him into conflict with the Nazi party, and forced him to leave Germany to escape imprisonment.  Using a fake passport, he left Germany in 1932 for England.  In order to hamper the Nazis in their efforts to keep track of him, he changed his name (Robert Schirokauer) legally to that on the passport, Robert S. (for Schirokauer) Hartman.  For the next two years, he worked as a professional photographer in London and Paris.  During this period, he and a young German rocket inventor attempted to interest the British government in the use of rockets for postal service.  The inventor, Gerhard Zucker, was later executed by the Nazis for “an attempt to sell an invention important for Germany to a foreign power.”

From 1934 to 1941, still under surveillance by the Nazis, he was Walt Disney’s representative, first in Scandinavia, later in Mexico and Central America.  In 1938, using a Swedish alien’s passport, he and his wife, the former Rita Emanuel, and son, Jan, left Europe for Mexico, where they lived until their immigration in 1941 to the United States, where they later became citizens.

Dr. Hartman’s first teaching position in the United States was at Lake Forest Academy in Illinois.  While there, he enrolled at Northwestern University (Ph.D., 1946).  He later taught at the College of Wooster in Ohio (1945-48), and at the Ohio State University (1948-56).  He was a visiting professor at Massachusetts Institute of Technology (1955-56), and at Yale (1966).  He was Smith Mundt State Department Research Fellow and Exchange Professor at the National University of Mexico (1956-57).  He held more than fifty lectureships in the United States, Canada, Latin America, and Europe.  He was a research professor of philosophy at the National University of Mexico from 1957 until his death in 1973, and at the University of Tennessee from 1968 until his death in 1973.

As the author of more than ten books and over 100 articles, and translator of six books, he acquired a worldwide reputation.  While an extremely industrious and productive scholar, he yet found time to carry on a very intensive correspondence with many persons throughout the world who had become acquainted with his work.  He and his wife were cosmopolitan, with friends everywhere, many of whom they entertained in their lovely Cuernavaca home.

His lifelong quest was to answer the question, “What is good?”  –And to answer the question in such a way that good could be organized to help preserve and enhance the value of human life.  He believed that he had found this answer in the axiom upon which he based his science of Axiology, “A thing is good when it fulfills its concept.”  His formal axiology, as the ordering logic for the value sciences, receives its most complete expression in his major work, The Structure of Value: Foundations of Scientific Axiology (1967), which one reviewer described as “one of the most constructive and revolutionary undertaking suggested in modern times.”  He applied his value method to economics in the Profit Sharing Manual (1948), Die Partnerschaft von Kapital und Arbeit: Theorie und Praxis eines neuen Wirtschaftssystems (1953), and La participacion de utilidades en Mexico (1963).  His extensive work in promoting profit sharing became the basis for today’s 401k retirement savings plans.

In the field of psychology, he applied his axiology in The Hartman Value Inventory, a value profile, widely used in Mexico and by consultants and psychiatrists in the United States, which measures with exactness the character of an individual.  This profile exists in English, German, Spanish, Swedish, Japanese, Hebrew, Russian, and in other languages.  Before his death, five of the largest corporations in this country used the Hartman value concepts in developing the sensitivity of their executives to the human value aspects of management decisions.

Before his premature and sudden death in 1973, Robert Hartman was nominated for the Nobel Prize from his work in promoting human self-understanding, the advancement of the most important human values, and the implications of his work for transforming life in the most positive ways.

His international reputation and the esteem in which he is held by scholars throughout the world are reflected in Value and Valuation: Axiological Studies in Honor of Robert S. Hartman (1972).  He was much loved by his many friends.  Many of his students and colleagues would agree with the sentiment expressed in the above work by one of them: “I have never known a more brilliant, comprehensive, creative mind; or a more enthusiastic, eloquent teacher.”